Prime Minister (PM) of India perform yoga along with 36,000 people at Raj Path, New Delhi.
Yoga is celebrated annually on June 21 since its inception in 2015. An international day for yoga was declared by the United Nations General Assembly (UNGA) on December 11, 2014 unanimously. Yoga is a physical, mental, and/ or spiritual practice attributed mostly to India. The Indian Prime Minister, Narendra Modi in his UN Address suggested the date of June 21, as it is the longest day of the year in the Northern Hemisphere and shares special significance in many parts of the world. The event established two Guinness world records awarded.

The Challenge
The challenges is to deliver the machine on time at venue after fulfilling all security arrangement as high alert is called off by security agencies due to PM and other 86 countries dignities participation with general public. Also our customer (Dordarshan) want the machine to be 100% operational during the event with no breakdown at any possible cost as they have to shoot the live telecast for the National Channel. Customer have to fix the camera on the basket and want jerk free and very smooth movement to shoot the video properly.

Surpassing expectations
Our Team takes the command and in 1 day passes all security and police process and paperwork. Delivered the boom lift on time at venue with best trained operated and technical support round a clock a site.

The Result
The International Yoga Event was Grand Success and the event established two Guinness world records awarded.The two records were for the largest yoga class, featuring 35,985 people, and for the largest number of participating nationalities (84 nations). Our Boom Lift have helped our Customer (Doordarshan) to take the telecast from height and different angles to cover the whole crowd at event in camera without any problem. It’s a new starting in Media Industry for Manlift India as well as for Doordarshan. Every one including many ministers and dignities watches our machine and appreciated the concept.
Due to this Manlift India signed yearly contract with Doordarshan (National Channel) to supply boom lift to them to cover all important events of national level in India and also got many lead as our machine is been shown in National TV and by 36,000 people.
After this Doordarshan (National Channel) uses our Boom Lift at Independence Day, Republic Day, Army Day, and Many Sport events. In 2016 again we supplied the Boom Lift for International Yoga Day 2016. 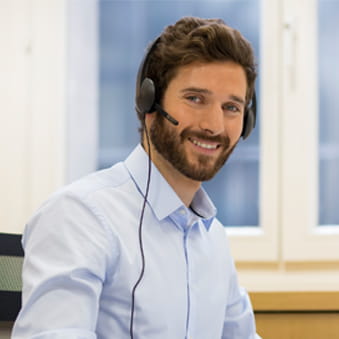 Send us an email:
info@manliftgroup.com

You Need a Power Generator for your Event project?

When working with a particular type of machine on a continuous baseline, it is most of the time more economical to buy an access platform instead. Both for buying new and used aerial work platforms, please contact us.
View our wide selection of machines below.
Book Machines